Originally appeared on the Patch.com 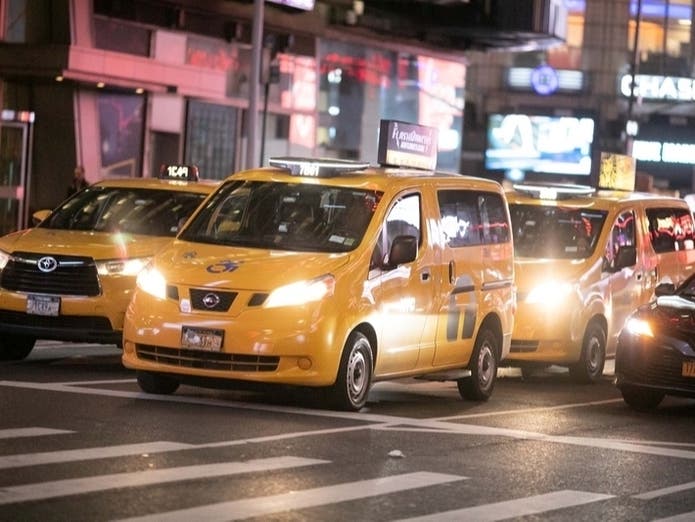 New York City Comptroller Scott Stronger has backed a proposal that would bail out taxi drivers burdened with exorbitant debt owed on medallions and worsened by the coronavirus pandemic. (Courtesy of Tim Lee)

NEW YORK CITY — New York City Comptroller and mayoral hopeful Scott Stringer has put his weight behind a proposal from the New York Taxi Workers Alliance that aims to bail out thousands of taxi drivers drowning in medallion debt amid the coronavirus pandemic.

The plan would write down outstanding loans on medallions to $125,000 and offer up funds to ensure drivers in default can sell a medallion and recuperate all or part of its cost, Stringer announced at a news conference on Thursday.

The plan would also reduce the interest on outstanding loans for medallions taxi and offer drivers a way out of the industry without landing in a financial sinkhole, he said.

"For decades, driving a cab in New York City was a road to the middle class for immigrants from around the world," Stringer said in a news conference. "But today, the medallion that once promised prosperity and stability is now a financial sinkhole."

Should a driver default on a medallion, the city would take back the medallion and place a minimum bid equivalent to the amount owed on it before offering it for sale on the free market, guaranteeing purchase of any medallions that borrowers default on.

The taxi workers alliance estimates the plan could cost the city up to $75 million, a rather small amount compared to the $810 million lawsuit Attorney General Letita James filed against the city in February for inflating the value of medallions.

The proposal also calls for monthly loan payments to be capped at less than $800 and for interest rates to be kept at or below 4 percent.

New York Taxi Workers Alliance executive director Bhairavi Desai said the bailout is the last chance the industry has to weather the pandemic, which has drastically decreased ridership and left cab drivers in a financial lurch for months.

"It is the only way drivers, the yellow cab industry is going to survive," Desai said.

Ricardo Lopez, who has driven taxis for 40 years in New York City, said he is hopeful the plan goes through. He is facing bankruptcy as he works to continue making payments on his medallion.

"I paid $60,000 [for my medallion] 40 years ago and have been paying on and off until today," Lopez said. "We are in bankruptcy, literally. If I don't get any help directly, I'm going to go out of this business soon because I can't afford it anymore. The streets are empty."

Taxi drivers in New York City watched their fares dry up as the coronavirus pandemic gave way to stay-at-home orders and business closures earlier this year.

Although ridership has been on a steady increase since the city ground to a standstill in March and April, taxi industry revenue remains down some 81 percent from where it was in 2019, the New York Times reports. Ridership was also down by about 70 percent in September compared to the year prior.

Stringer said while the proposal cannot increase ridership in the face of a pandemic, it can right a wrong and save New York City families staring down the barrel of financial ruin.

"Predatory lenders took drivers for a ride and left families in a wreckage of financial distress and despair," Stringer said. "We have a fiscal and moral obligation to make this right—and embracing this plan is a start."